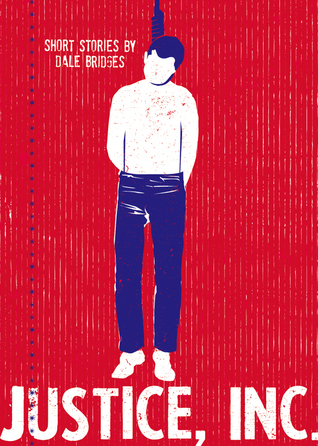 Imagine a future where orphaned children are adopted by international corporations and forced into indentured servitude, where zombie viruses are spread through heterosexual intercourse, where Osama bin Laden is being cloned by the thousands for public execution. Welcome to the world of Justice, Inc. Stay awhile. After all, its your future too.Praise for Justice, Inc.:There is something immediately charming about Dale Bridges prose. He is playful, but not unseriously so.

He is experimental, but not in a way that ignores meaningful human interaction. I admire Bridges as a thinker — and he does think in his fiction, which is rare — and I do envy the range of his intelligence and talent. This first book is a shot across the bow of our culture. He will write many more, but read this one first.— Okla Elliott, author of The Cartographers Ink and From the Crooked TimberJustice, Inc. may seem to be about robots, zombies, and clones, but its actually about you and me. In the grand tradition of Tom Robbins and Christopher Moore, Bridges wonderful collection of short stories brings to life fantastical worlds that let us to laugh and cry about our own.— Joel Warner, co-author of The Humor Code: A Global Search for What Makes Things FunnyDale Bridges writes not with a pen but a skewer, piercing the absurdity of our cosmic sitcom with clarity and humor.

Justice, Inc. is philosophical satire in the vein of Kurt Vonnegut and George Saunders — fellow madmen who have stared into the abyss and come away laughing. Be warned that there is a fifth steed of the apocalypse, and its name is Justice — and Bridges is lashing the whip, breathing fire and coming for us all.— Vince Darcangelo, editor of Transgress magazine and the literary blog Ensuing ChaptersJustice, Inc.

is a book I wish I had written, a book George Saunders could have written and a book Dale Bridges did write. The characters in these stories are people pushed to the limits of their existence by a future we never expected, a world where technology and capitalism have pushed them against the wall. Bridges captures that conflict perfectly.

Ubiquitous . . . Ruminative . . . Baleful. Three words that people almost never say in real life, but whose meanings apply rather nicely to this book. In Justice, Inc. Dale Bridges looks into present day society vs. the fate of humanity and deals out a mighty helping of ‘What If’ stories, plunging pen first into futuristic pools to explore the big ticket items like mortality, where babies come from, and the endless complications involved with having a girlfriend. Sturgeon’s Law states that 90% of pretty much everything is friable crap (Long Live Statistics!).

Triumphantly, Justice, Inc. lives on the flipside in that remaining 10%.— Rob Geisen, author of The Aftermath, etc.