Am I Getting Paid for This?: Memoir of A Career Girl Betty Rollin 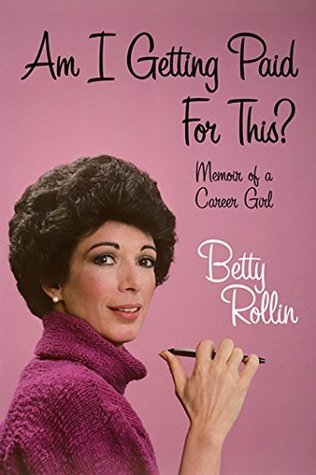 So, in the days before women’s liberation, she started a career—or, as she puts it, “fell into—then groped my way in and out of—three careers.”Am I Getting Paid For This? is a love story about work by the author of First, You Cry. It is the part funny, part not-so-funny story of her three careers—first acting, then writing, then television news broadcasting at NBC—and what work itself came to mean to Betty Rollin.Recreating the confusion and unhappiness as well as the considerable glitter of it all, Betty tells us how it felt to make the audition rounds- how she landed editing jobs at Vogue and then at Look, where her “star beat” found her hunting the Real Doris Day and trying not to doze in Dean Martin’s golf cart- how it felt to wake up one morning as a network correspondent for NBC News—not entirely (some would say not even remotely) equipped to handle that job, but a quick study.

Yet even the glamour and the unexpected triumphs did not prepare her for the realization that work had become the central focus of her life. And like many women before and since, she was both surprised and alarmed to find herself “feeling things like passion and excitement in what seemed to be the wrong room—the office.”Am I Getting Paid For This? is a book for women of all ages, who will warm to this charming, smart, and funny woman who for the longest time didn’t know where she was headed, but who finally found her way, with thanks to—as she puts it—“need, nerve, and a few kind friends.”Betty Rollin is a writer and an award-winning journalist.

A former correspondent for NBC News, she now contributes reports of PBS’s “Religion and Ethics Newsweekly.” Once a writer and editor for both Vogue and Look magazines, she has written for many national publication, including The New York Times.

She is the bestselling author of six previous books, including First, You Cry, Last Wish, and Here’s the Bright Side: Of Failure, Fear, Cancer, Divorce, and Other Bum Raps. She lives in New York City with her husband, a mathematician.

Comments
Comments for "Am I Getting Paid for This?: Memoir of A Career Girl":