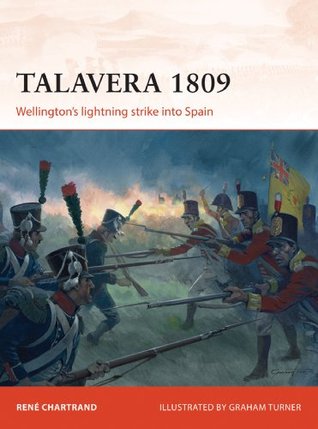 The battle of Talavera in 1809 was one of the major battles of the Peninsular War and Arthur Wellesley’s first victory in Spain itself, following which he was created Viscount Wellington of Talavera and Wellington. Although Wellesely’s forces were outnumbered, and a sizeable contingent of the Spanish ran away, he had chosen a superb defensive position and was able to beat off successive French attacks, though at a heavy cost in terms of casualties.

Although the French had withdrawn leaving Wellesley the master of the field, his high casualties and approaching French reinforcements led to Wellesley withdrawing to Portugal. His foray into Spain had an enormous effect on Spanish morale as they realized they were not alone in the struggle. British redcoats had had got to within 70km of Madraid, and they would return in future years.