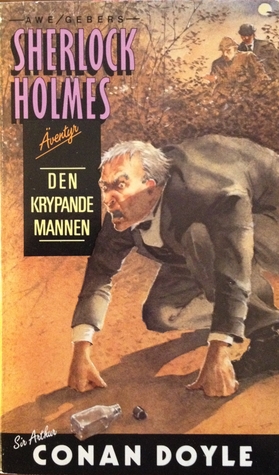 This is the final Sherlock Holmes book, and while it is enjoyable, I think Casebook is the weakest collection of Sherlock stories. Having gone through all nine books this summer, it really seems like Doyle was so tired of the character that he was phoning it in by the 1920s.But I did have some favorites in the bunch: The Adventure of the Mazarin Stone, in which Holmes uses that wacky new gizmo called a phonograph to fool some criminals- The Problem of Thor Bridge has an ingenious method of framing someone for murder using a rock, a handgun and some string- and The Adventure of the Three Garridebs, because Sherlock shows genuine feeling for Dr.

Watson when he gets shot in the leg while on a case. It was worth a wound, it was worth many wounds, to know the depth of loyalty and love which lay behind that cold mask.Despite the unevenness of this story collection, it was bittersweet for me. Im sad that my summer of Sherlock is now over. Ive spent the past two and a half months listening to the marvelous actor Derek Jacobi narrate all nine books of Holmes, and he really made the great detective come alive. If any of you Goodreaders want to delve into the Sherlock canon, I recommend letting Jacobi be your guide.